How did we all get here? At this point maybe asking “Why?” is a better question. With Magento 2 having been released almost five years ago, we’ve crossed the threshold where Magento 1 is no longer a viable option. But, it’s not just core Magento that’s out of life… It’s the version of php on which Magento 1 was built, the payment methods are in dire straits of hitting PCI compliance issues, and all third-party extensions are (or soon to be) out of support.

Three Primary Buckets of Why

PSA: There is a strong likelihood that your Magento 1 site will be hacked. Upgrade, now!!! Call us, we’re here to help.

So, let’s dig into these three “Why’s” and see if we can decode the future for your Magento 1 site.

No one told us we needed to upgrade.

We’re not sure we believe this one.

As a business owner–especially a successful eCommerce site owner–one knows that keeping the site dynamic and continuously updating content is a part of the routine. Keeping an eye on the technology (or platform) is equally important (i.e., patches and point upgrades). Magento 1 was officially launched in 2008–it’s now 2020.

Between the communications directly from Magento and its partners, there have been ample messaging to this end-of-life timeline.

We have an emotional bond with the site and its hardware–and, we’re still running WindowsXP on most of our office computers.

We at Blendium certainly approve of technology nostalgia–just not one that is central to ones business.

In that same vein–it’s irresponsible to not be a good steward to your customers data. Particularly of their credit card information and any personal data. By not upgrading you’ve not only put your business at risk; but also, your customers well being.

Don’t Have the Funding!

This one we understand. It’s not inexpensive to upgrade or re-platform. While Magento has a lot of power in its platform, we’ve seen some of our clients running to Shopify or BigCommerce as a less expensive option.

However, we’ve also seen a lot of agencies (including Blendium) offering Magento Rapid Deployment Packages that bring the costs and timelines down to the realm of those SaaS options.

In the end, it’s about data preservation moving to the new system and giving your customers an amazing experience when they visit your online store. This balanced with your eCommerce revenue tells a great story of next steps…

The time is now to finally make the move off of Magento 1 and Blendium would be excited to be your guide through this process. 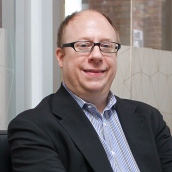